Rhodes islans from bodrum strared date  24,06,2017 after that  Saturdays and Sundays

Rhodes island from Marmarsi every Saturdays and Sundays all year round

The ancient city of Rhodes, the construction of which began in 407 BC, was designed according to the city planning system devised by the greatest city planner of antiquity, Hippodamus of Miletus. Rhodes soon developed into one of the most important seafaring and trading centres in the Eastern Mediterranean. When it became a province of the Roman, and later the Byzantine Empire, it initially lost its ancient glory. But in 1309 the Knights of Saint John of Jerusalem conquered Rhodes. They built strong fortifications to protect the island, turning it into an important administrative centre and a thriving multinational medieval city. In 1523 Rhodes was conquered by the Ottoman Turks, and the Greeks had to settle outside the city walls. During the Ottoman occupation, new buildings were erected within the Old Town, mainly mosques and baths. In 1912 Rhodes and the rest of the Dodecanese were seized by the Italians. The new rulers embellished the city with magnificent buildings, wide roads and squares. The Palace of the Grand Master was rebuilt and the Street of the Knights was reconstructed in order to regain its medieval purity. It was not until 1948 that Rhodes officially became part of Greece. In 1988 the Medieval City of Rhodes was listed as a UNESCO World Heritage site.

Places to visit in Rhodes

Ask for private rates from Altinkum.

Ask for domestic flights from İstanbul Any Time Of The Year

Get A Quote for the following:

Payment: We accept all major credit cards, Pounds, Euro or USD and cash. 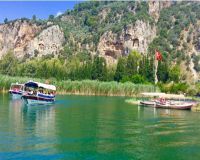 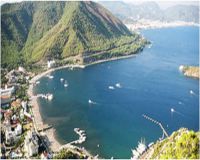 I.M.X TOUR
submitted any comments yet. Please Rhodes Islandcomment to indicate your opinion on