İzmir
İzmir, Aydın
Latitude:37.367973 Longitude:27.266693
Pergamon  Ephesus  Şirince Village Magnesia  Priene  Miletos   Bafa LakeDay 1: Arrival İzmir Airport  (Pergamon)Day 2:  Ephesus & Şirince Villagce Day 3: Miletos -Priene - Bafa Lake DAY 1: PERGAMONPergamon is one of the important  antique cities founded by the  ancient Greeks  in the western Anatolia. In tour of Pergamon the acropole and the Asclepion are the two principal places to see in the ruins where you will see the Temple of Athena,  the library, the Royal Palaces,  the Temple of Trojan, the steepest theater of the world,  the Temple of Dionysos, the famed Altar of  Zeus and in Asclepion the ancient  medical centre or  sanatorium for the treatment of sick people flourished in the field of medicine and gained a world wide fame in the antique world.The Pergamon kingdom was famed to house more than 200 thousand scrolls of  books  in their library. They were honoured in history as the inventors of parchment paper, goat skin made paper. They kept their enormous number of books in the building called  Red Hall. Pergamons had a passion for books that made Egyptians so jealous, later Mark Antonius and Cleopatra demanded pergamon books for the Library of Alexandria.DAY 2: EPHESUSExplore of the well preserved archaeological sties of the Roman Empire. Once the largest harbor city and trade centre of Asia Minor, Ephesus now greets thousand of tourist from All over the world every year. You can just imagine the Celcius Library, the shops, the brothel and    the open air marble toilets!DAY 2:ŞİRNCEThis pretty old Orthodox village, 12 km away from Ephesus and 30 km from Kusadasi, was once Cirkince ("ugly"). Indeed its habitants gave this name on purpose as they did not want to be bothered by foreigners nor to share the beauty of their village.Still after years, visitors understood that the village was not ugly at all and called it Sirince ("pretty"). As the village is located on the top of a mountain, anyone will enjoy the impressive wine yards' and peach trees' views on his way.Day 3:MILETOSMiletus  was an ancient Greek city on the western coast of Anatolia near the mouth of the Maeander River in ancient Caria.Before the Persian invasion Miletus was considered the greatest and wealthiest of Greek cities.Evidence of first settlement at the site has been made inaccessible by the rise of sea level and deposition of sediments from the Maeander. The first available evidence is of the Neolithic. In the early and middle Bronze age the settlement came under Minoan influence. Legend has it that an influx of Cretans occurred displacing the indigenous Leleges. The site was renamed Miletus after a place in Crete.PrieneIt is believed that the name of Priene is not Greek but is related to pre-Greek names of Cretan origin. In recent years, the theory gains weight that Priene was one of the cities of the Kingdom of Ahhiyava, which is believed to have been founded in the Miletus region, and that its name also derives from that origin. Therefore, our knowledge of the initial foundation of the city, whose existence goes back to the 2nd millennium BC, rests on hypotheses. The fact that the location of the pre-4th century BC Priene has not yet been able to be determined up to the present day. According to the information from ancient sources, Pausanias has written that Priene was founded by Aipythos, son of Neleus of Athens, and by Philotas of Thevai, and that the native population was Carian, whereas Strabo gave the information that the city was founded by Philotas and that it was then called Kadme.Bafa LakeLake Bafa Nature Park is a lake and a nature reserve situated in southwestern Turkey, The lake used to be a gulf of the Aegean Sea until the Classical period, when the sea passage was gradually closed by the alluvial mass brought by Büyük Menderes River. The gulf, and later the lake, was named Latmus in antiquity.The southern shore of the lake is traced by the highway connecting İzmir-Kuşadası-Söke to towns such as Milas and Bodrum that are situated in the south. The northern shore of the lake, where steep slopes are covered by wild or semi-domesticated olive trees, is virtually untouched to this day.      GUARANTEED DEPARTUREPrivate TouringOne - two guest (rate is per person)€ 750Tree  – Seven  Guests ( Rate is per person)700Ten Guests ( Rate is per person)500Fiveteen Guests ( Rate is per person)380Icluded: A/C private transportation (depending on the size of the group), Pick up & drop-off, Professional Tour guide, Entrance fees. Meals(open buffet) mentioned by the itinerary (0-6 Age Free 7-12 % 501.Day : Pergamaon2.Day : Ephesus & Şrince Village3.Day : Milestos -Priene _ Bafa Lake • Pick up to/from •2  nights (one  in İzmir city at 3*** hotel b.b one in Altinkum )•1 Full  Tour of  Ephesus & Şirince Village• 1 Full  Tour of  Pergamon• 1 Full  Tour of  Milestos -Priene - Bafa Lake• Services charges and local taxes.Not Included:Domestick flight ticket, Drinks, tips to guidel, driver and personal expenses and optional tours.   According the arrival time tour program can be changed 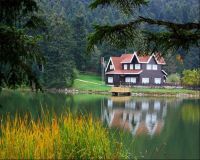 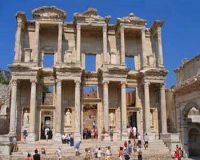 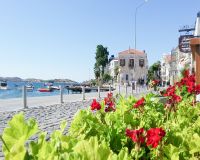 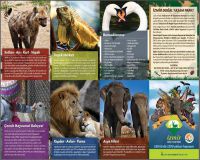 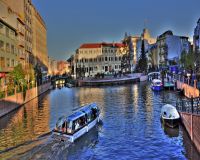 I.M.X TOUR
submitted any comments yet. Please Pergamon Ephesus Sirince Villagecomment to indicate your opinion on